See Our Courses
You are here: Home / Pruning Techniques / Tree Topping: What, Why and Why Not 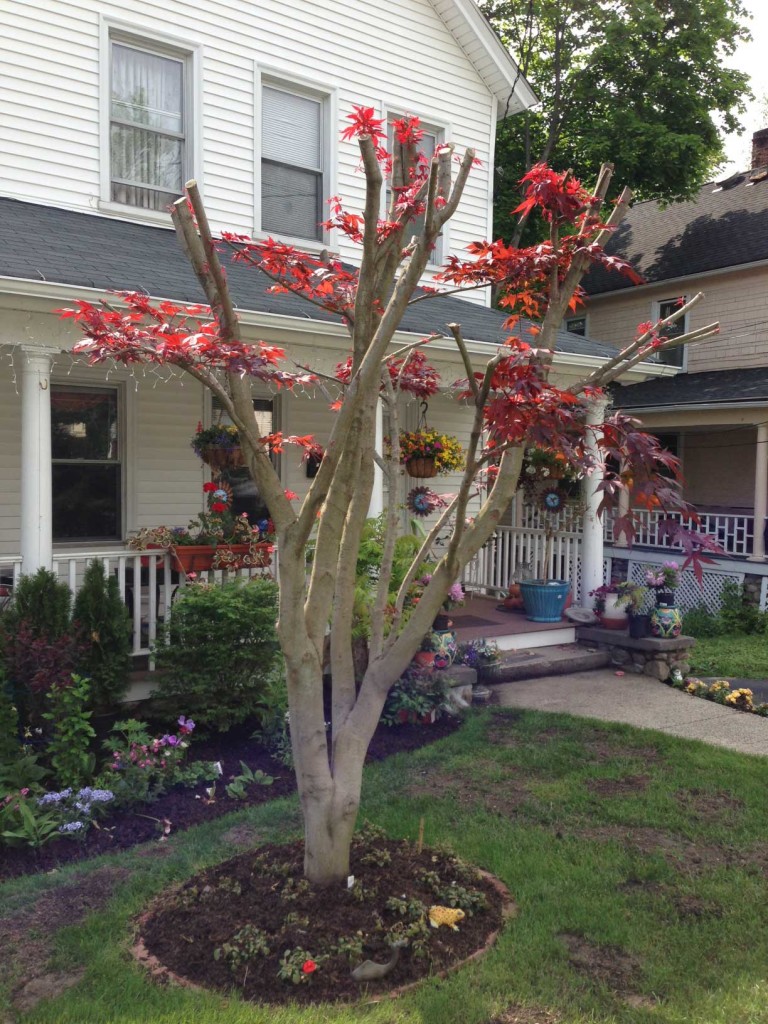 This topped maple tree was twice the size the following summer.

Topping is the practice of drastically cutting back all of a tree’s larger branches at a random point to make them shorter. The result is a tree with large, stubby branches sticking out in all directions.

Topping a tree is often sold to the homeowner as a way to reduce the size of the tree, open up the view, and make it safer.

The reality is the exact opposite.

After topping, the tree will quickly grow back to the same size (or even larger) but will have lost its natural shape (the word “ugly” comes to mind) and the new growth will be weaker and poorly attached to the trunk (making the tree more dangerous). Add to that the fact that the large, non-selective heading cuts made when topping the tree don’t heal well (leading to rot, disease, and insect infestations) and you have a recipe for disaster.

The Costs of Topping

While the initial removal of tree branches through topping is often less expensive than proper pruning, the long-term costs far outweigh the supposed savings. Here are the typical results of tree topping and the associated costs.

Have you had any of your trees topped? What happened? Let us know in the comments below.